As I get older, my tastes in music have expanded into territories I never thought I would get into. Conversely, I am more aware of what I don’t like, and that likely gives some the impression I am a crabby old man that hates everything. Recently, I saw the band Gatecreeper on a bill, and I feel like I was one of the few people there who wasn’t buying into the hype of this band. I did enjoy their s/t EP from a few years ago, but their debut full length leaves a lot to be desired. Yes, they’ve got great production and they’ve really nailed that HM-2 sound made famous by so many Swedish death metal bands in the early 90s. But where are the riffs? Obviously, Gatecreeper is made up by former hardcore kids who have discovered Entombed, but they’ve missed the point of what makes death metal so great – riffs! Yeah, they have a few parts that are cool, but much like a bad hardcore band, they’ve suffocated their songs with breakdown after breakdown, and that’s not death metal.

I’m probably coming off like quite a snob right now, but that’s not the intention of writing this. I have no problem with punks/hardcore kids getting into death metal. My favourite death metal bands tend to use punk beats. The reason I’m writing this is because I want to give some exposure to some Swedish death metal records that I think those getting into bands like Gatecreeper will enjoy. Some of these recommendations will be painfully obvious, and more seasoned death metal fans can probably add plenty other releases. Either way, I hope some readers find something worth listening to here. 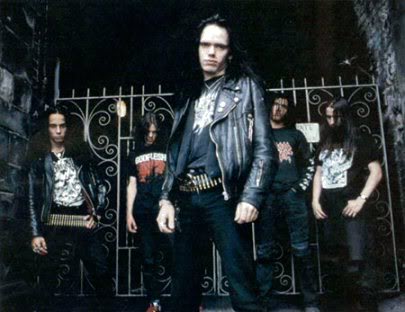 Previously known as Nihilist in their formative years, Entombed are pretty much seen as the band that ignited Sweden’s death metal movement. Taking influence from Autopsy, Carcass, and the blooming punk scene in Sweden, Entombed’s buzzsaw guitar tone has been a staple in metal audio production ever since. Their first two records Left Hand Path and Clandestine are certified classics, but don’t miss out on the Crawl EP (which features the singer of Nirvana 2002 on vocals). 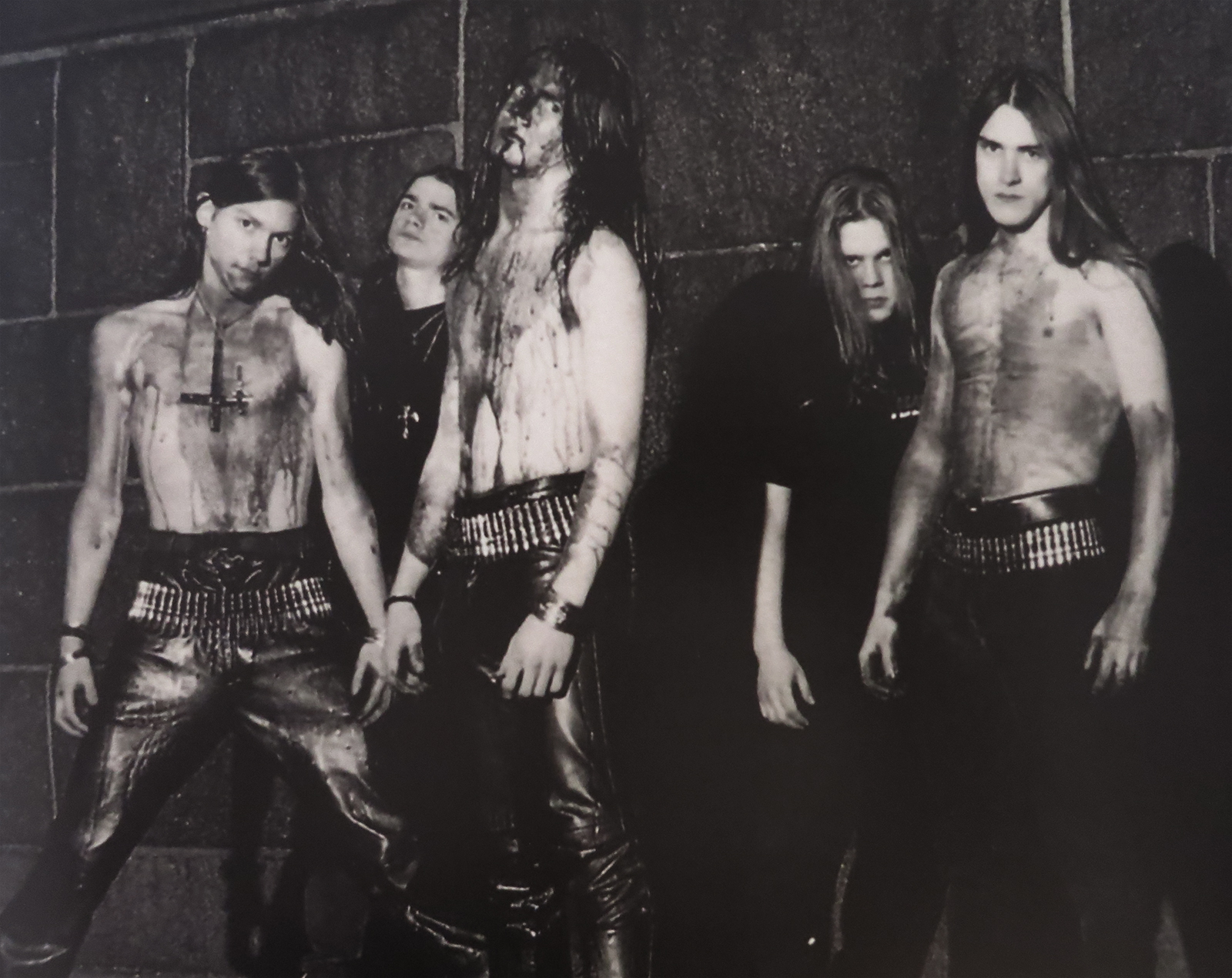 Another classic staple alongside Entombed, Dismember’s first two albums, Like an Everflowing Stream and Indecent & Obscene (and the Pieces EP) are totally worth your time. They have a lot of ties with Entombed (Nicke Andersson drew their logo, played the leads on the debut, among other things), and even used the same artist for the debut. 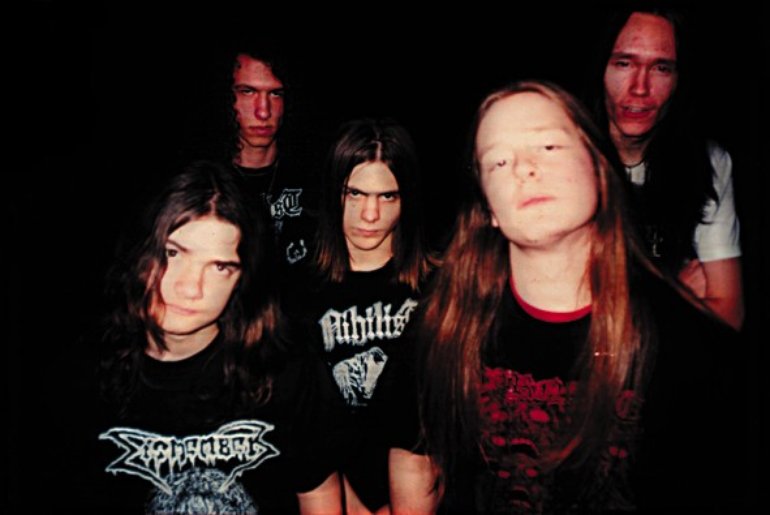 Carnage and Dismember have a history that is intertwined together and feature a lot of the same members in each band. In fact, some of the songs on Dismember’s debut appeared on Carnage’s only album, Dark Recollections. Carnage was the brainchild of Mike Amott, who later moved to England and joined Carcass for a couple records. This is certainly one of the most savage albums to come out from the initial wave of Swedish DM.

When the previously mentioned Nihilist broke up, the one member who was left out of Entombed formed his own band – Unleashed. Their debut, Where No Life Dwells certainly sounds like it came out of the same school as Entombed, but there’s a little more emphasis on heavy metal than punk in its base influence. Unleashed also sang about vikings/Norse mythology and were the first death metal band to explore such themes.

One of the more ambitious death metal acts to come out of Sweden, Edge of Sanity was fronted by Dan Swano who has performed and engineered an endless amount of records since. Edge of Sanity were never afraid of combining other influences into their music, which became more evident over time as they had some 80’s goth and 70’s progressive rock sounds come in. Nothing But Death Remains is a solid debut, Unorthodox and the Spectral Sorrows expanded on this, and their progressive songwriting came to its peak for Crimson, a 40 minute single song. 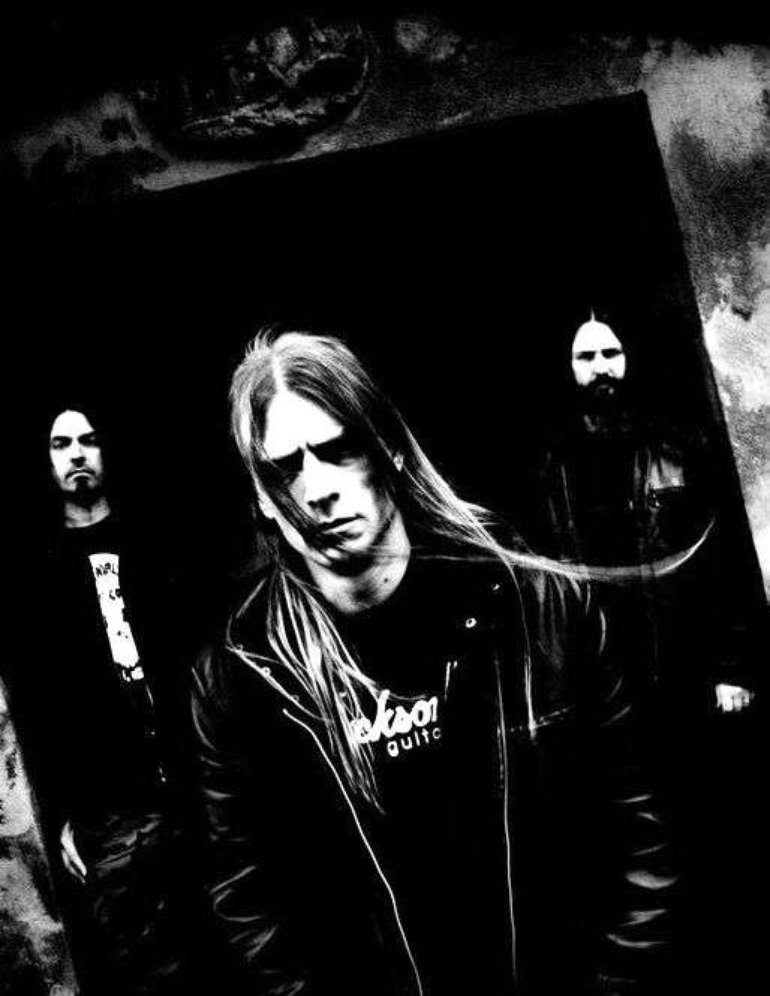 Another long lasting band in Sweden that formed in the 80’s and are still going today. Their songs are simple and too the point but will knock you on your ass with their thick, heavy riffs drenched in buzzsaw tone. Into the Grave is the obvious classic but don’t forget its follow up, You’ll Never See.

After spending time in Florida with the band Malevolent Creation, Peter Tagtgren returned to Sweden infected with the death metal bug. The first two albums, Penetralia and Osculum Obscenum, are more in the Floridan style of death metal than their peers in Sweden. With their third record, The Fourth Dimension, they took on science fiction themes, and incorporated a little more melody and doom into their music. Tagtgren is a popular audio engineer these days, and Hypocrisy is more of a melodic death metal band now, but the early stuff cannot be denied. 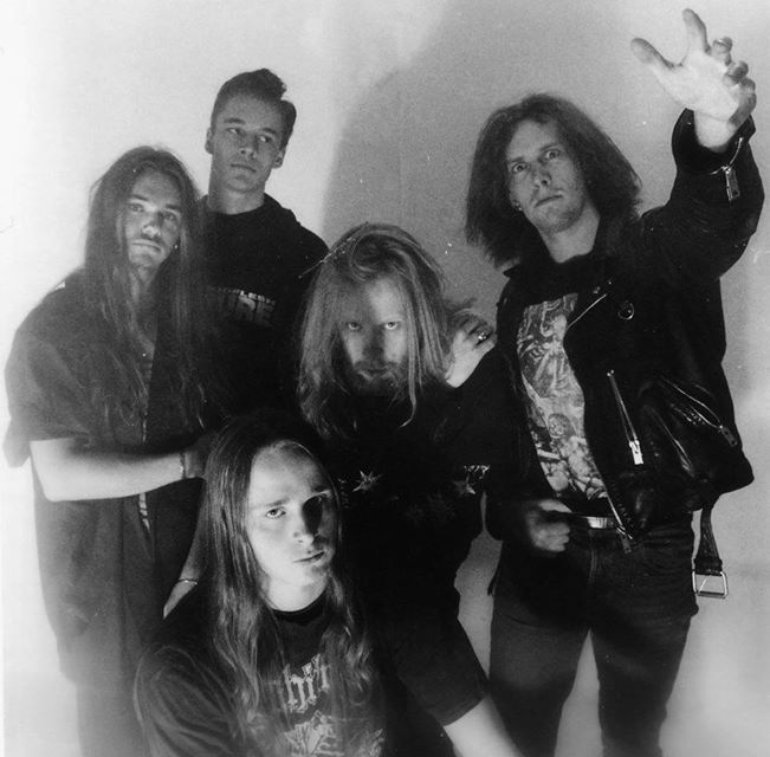 Following the demise of Grotesque, At The Gates burst onto the scene with their complex style of melodic death metal that would later be simplified into a more accessible sound. Many state that along with Carcass, ATG were responsible for creating the melodic death metal sound. The Red In The Sky Is Ours and With Fear I Kiss The Burning Darkness are masterpieces of dual guitar work playing off each other in intricate form. Members have since gone onto a variety of metal and punk bands including some favourites like Disfear and Skitsystem. 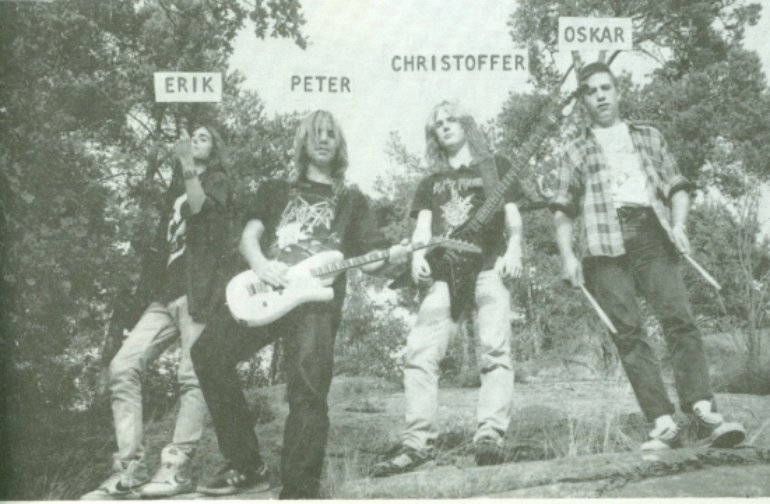 As the name suggests, Therion were influenced by the great Celtic Frost. They wrote some pretty epic death metal songs before becoming some lame symphonic metal band later in their career. Beyond Sanctorum is quite an ambitious album full of raw aggression and complex arrangements. 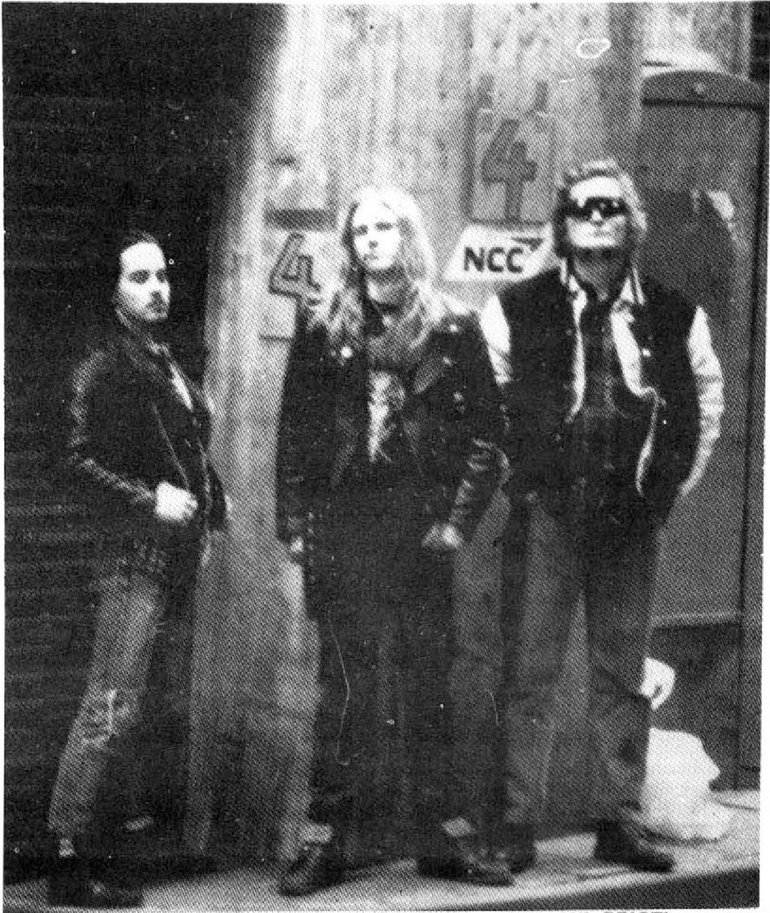 Members of Therion also played in this band that started out as a grinding death metal band on their debut For the Security but then got really weird with their Voivod influenced follow up, Disharmonization.

Strange band name, stranger music. Furbowl was founded by former Carnage vocalist Johan Liiva (who also later fronted Arch Enemy). Their music contains a lot of left field influences, from Swedish d-beat to 80’s industrial/goth sounds. Those Shredded Dreams is a strong debut that not enough people talk about, but will be sure to get stuck in your head with its catchy riffing and unique sounds. 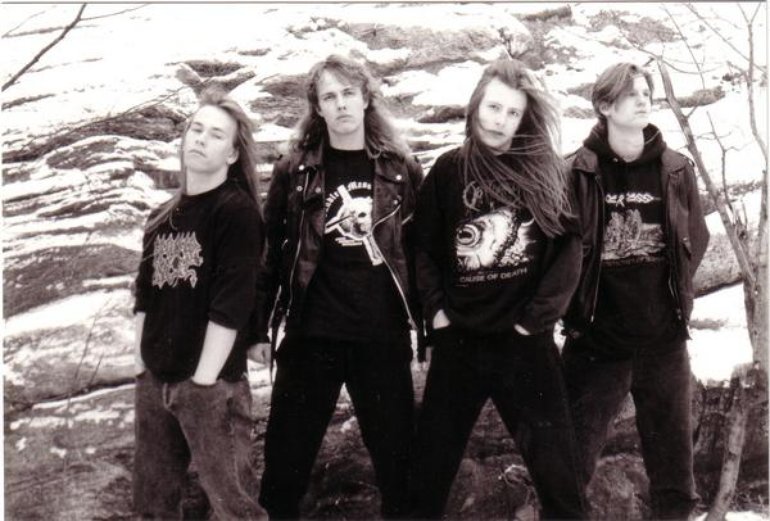 I’m sure you know I probably don’t care much for melodic death metal, but Desultory are one of those bands that is able to pull it off flawlessly. The guitar tone is an absolute chainsaw of agony. Into Eternity is my favourite album of theirs, but some will argue that Bitterness is better. 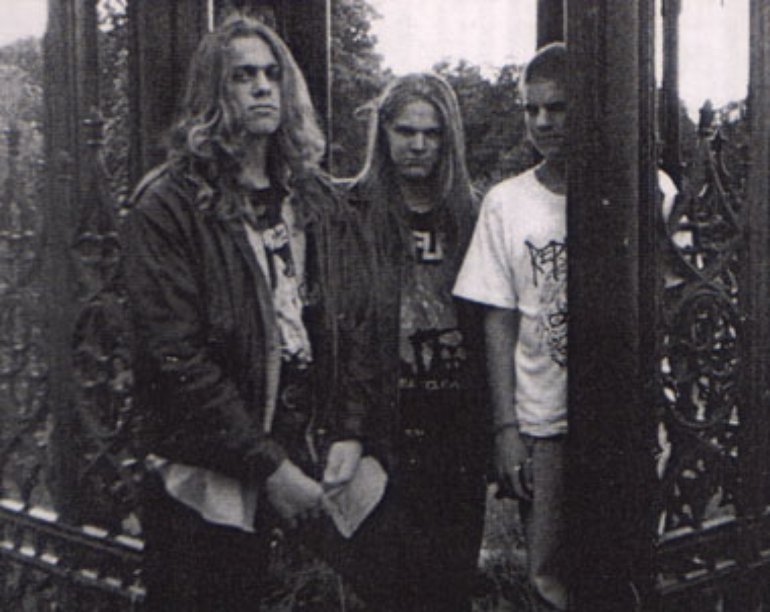 Before Nasum existed, members were playing in a Carcass worship band called Necrony. They only managed to release one full length, Pathological Performances, in addition to some demos and an EP. Where Nasum was able to flawlessly execute Napalm Death style grindcore in their early days, Necrony absolutely slays here with their goregrind influenced death metal. 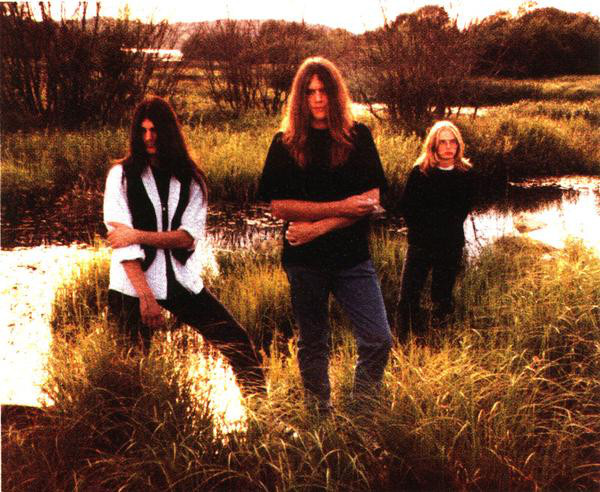 You may be thinking “why is this band’s name so dumb?” Just shut up and check them out. Short lived band, Relapse put out a compilation about a decade ago consisting of their EPs and demos (including one a touch up on their big EP by Dan Swano himself). 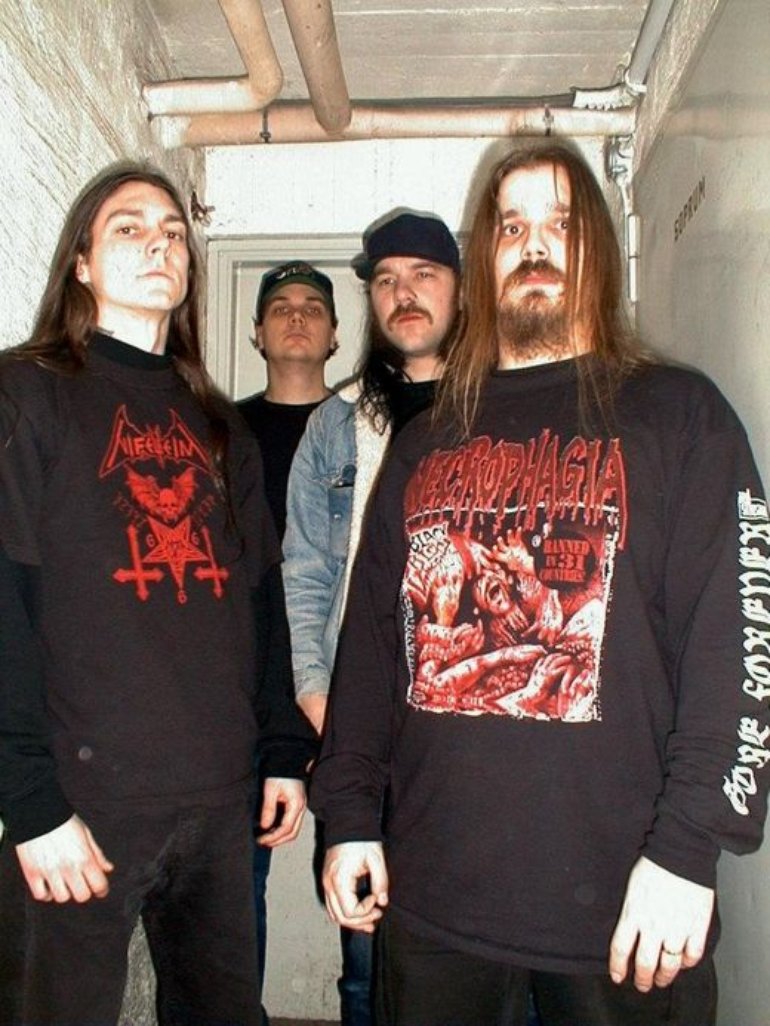 Members of Dismember and Entombed came together to form an Autopsy cover band that eventually released their own original material. They put out two killer records, Unsane, Insane and Mentally Derranged and Ravenous, Murderous. Chris Reifert himself even makes a guest appearance on the sophomore.