For those paying attention, Adversarial has been one of the most promising death metal acts of this decade. Formed in 2007, this Toronto power-trio has been annihilating everything in their path, whether people realize it or not. Their debut full length came out in 2010, which spewed forth an abundance of spiraling riffs to create a toxic atmosphere that was unparalleled by their peers. However, that infamously loud snare turned a lot of of listeners away from an otherwise incredible album. Adversarial corrected this problem with releases after, especially winning fans over with the split LP with Antediluvian. Finally, 2015 sees their second album, “Death, Endless Nothing and the Black Knife of Nihilism,” and it truly rises above all other black/death metal bands putting music out today.

First, one will notice right away that the production of this record benefits the style of music a lot more. Mixed by guitarist/vocalist C.S., it’s clear that a few more years of recording discipline have paid off. The guitars are thick, and allow the complexity of the riffs to stand out well against the barrage of drums. Drums of this speed are often hard to obtain a clear sound, but this mix achieves a great balance and allows all the hyperblasting and double kick madness to fulfill their roles properly. Lead guitars have a tasteful amount of delay that assist in creating a spiraling feeling of uneasiness. Furthermore, Damian Herring of Subterranean Watchtower Studios handled mastering duties and did a fine job of doing so. Any problems that listeners had with the debut Adversarial album have been nullified with this recording.

The songwriting of this album is unworldly. While most bands playing cavernous death metal end up with some murky version of Incantation worship (which isn’t necessarily a bad thing), this is not so with Adversarial. The riffs presented on this album take full advantage of the fretboard, and subsequently offer a wider range of sound and create a vortex of immense destruction. I often find myself craving to hear many of the riffs throughout this album, particularly on the tracks “Eonik Spiritual Warfare” and “Lone Wresting Hymns To The Warmoon Of Chaos,” the latter being my favourite track on the whole LP. The use of these chords within the riffs remind me of Deathspell Omega but in a much more volatile context. I’ve noticed as I get older, I tend to prefer metal that uses d-beats to drive its rhythm at parts. That being said, if a death metal band can keep my attention without the punk influence, they have to have some massive riffs, and that is certainly the case here. 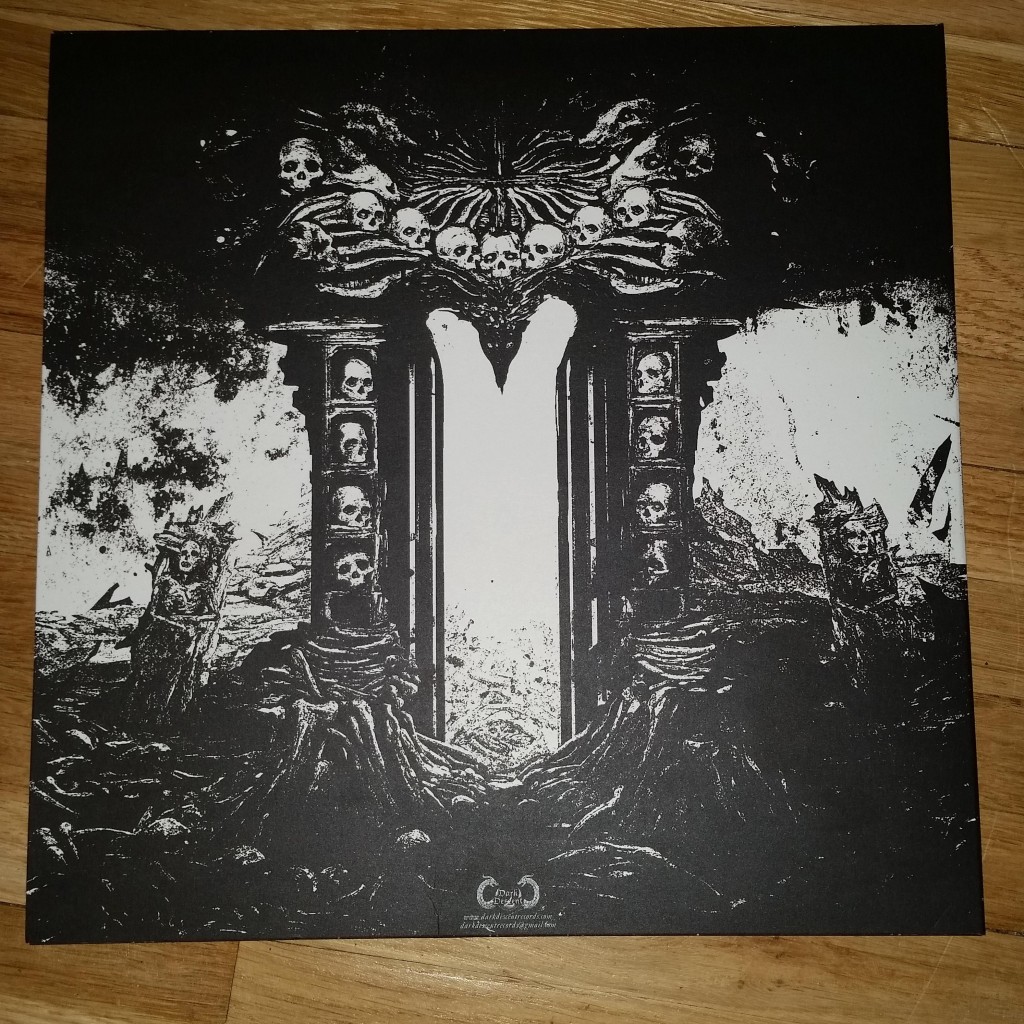 “Death, Endless Nothing and the Black Knife of Nihilism” has another strength, and that lays within the flow of the record. Oddly enough, the intro track is the second track, and there’s an interlude in the middle with some 1984-Orwell stuff on it. Some may find this to be overused, but I found it very fitting within the destructive nature of this record. There’s just the right amount of tempo variations throughout the album that keep it fresh throughout its 37 minutes of playtime. There is quite a lot of blasting which is easy to overdo, but they throw in just the right amount of space between to let everything breathe.

In my opinion, this is easily the best record to come out in 2015, and it’s not even a close race despite the fact there were quite a lot of great releases. Adversarial just really excelled and went above and beyond what I expected, and this was an LP I had the highest of expectations for. If the first album’s production turned you off, don’t let that stop you from hearing this. Once again, Danille Gauvin’s artwork has graced the presentation of this album, and much like the music, it contains many intricacies that are more apparent as you begin to emerge yourself in it.

I’ve decided to have a personal website once again. It’ll mostly be focused on music I’m involved with as both a performing artist and audio engineer, as well as reviews of music I like. Stay tuned.